Donna Skelly is an enthusiastic and skilled advocate for her constituents as the Member of Provincial Parliament for Flamborough-Glanbrook.

Donna is a powerful voice for the interests of business and taxpayers.

Donna entered politics after a successful 30-year career in broadcast journalism. She produced and hosted Square Off, a widely-acclaimed current affairs program at CHCH Television. She held leadership roles as President of the Local Union employee bargaining unit. She stepped up to advocate before the CRTC and Parliamentary Committees for the value in supporting local news.

In March 2016, Donna was elected to Hamilton City Council where she quickly earned a reputation as a Councillor who took a stand against wasteful spending at City Hall.

Donna was the Chairperson of the Audit, Finance and Administration Committee. She also served on the General Issues Committee, the Mayor’s Intelligent Community Sub-Committee, Art Gallery of Hamilton, Hamilton Arts Council Board of Directors and the Hamilton Status of Women Committee. She was a recipient of the YWCA Woman of the Year in Politics Award. She served on the National Advisory Board for Canadian Culture and she served on the Board of Banyon Community Services, a not-for-profit organization serving at-risk youth and people with disabilities. Donna has a reputation for community building and empowering others.

When she is not meeting with constituents or attending one of the many events throughout her riding, Donna can be found at the Nathan Cirillo Leash-Free Park with her dog Louie.

Donna lives in Hamilton with her sons Dane and Cole. 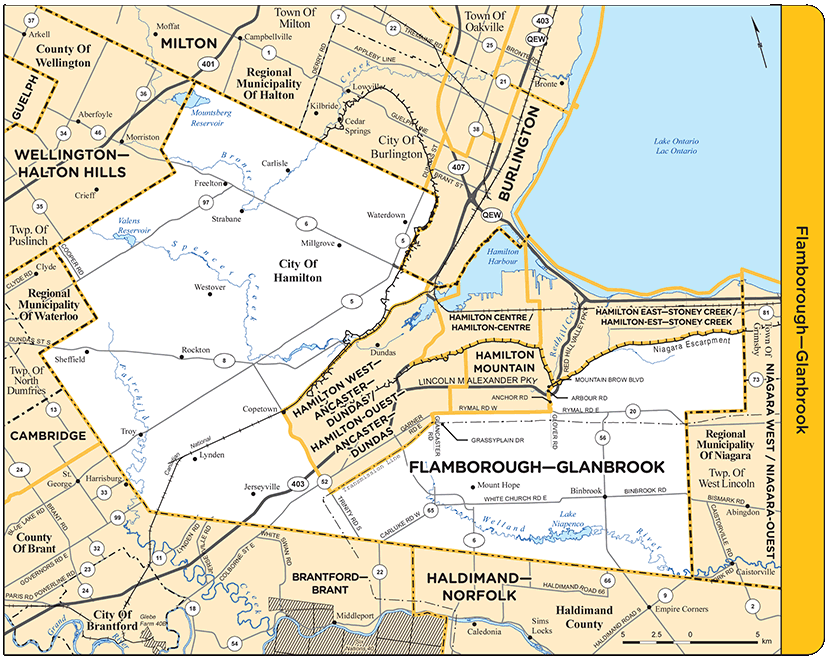